« Myspace on the brink?
How to create an image with transparent areas »

The brilliant “Wear Your Old Band T-Shirt To Work Day” is today. In it’s third year we’re proud to bring you these photos from the Dizzyjam office.

Neil wearing an ancient t-shirt from breakbeat act "Phantom Beats". He claims he's thrown all his Wonderstuff and Frank and Walters t-shirts away. More's the pity! And this photo wasn't staged at all, oh no. 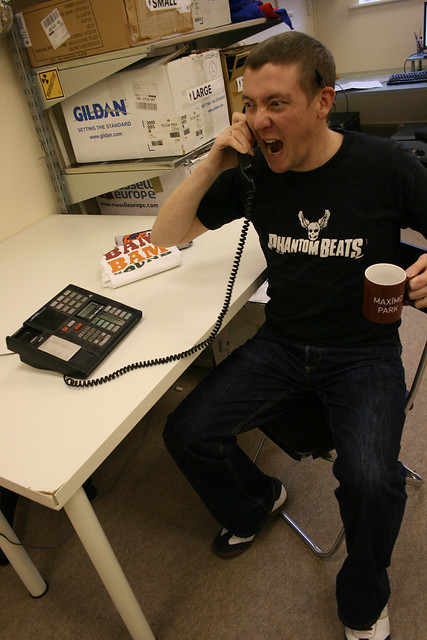 Now Dafydd, doing something intense on a calculator, and trying to avoid the camera. He's wearing a falling-apart "Godspeed You! Black Emperor" t-shirt. 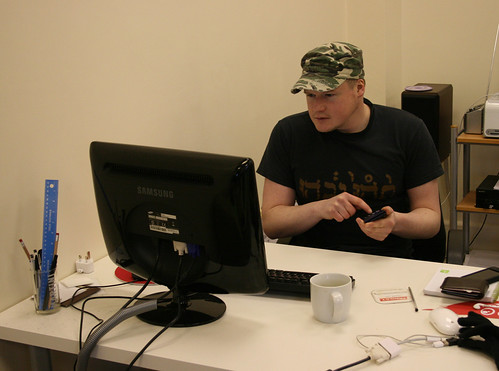 Shelley's not in the office today, so she sent us this doozy of her in an old Maiden shirt. Rockin'! 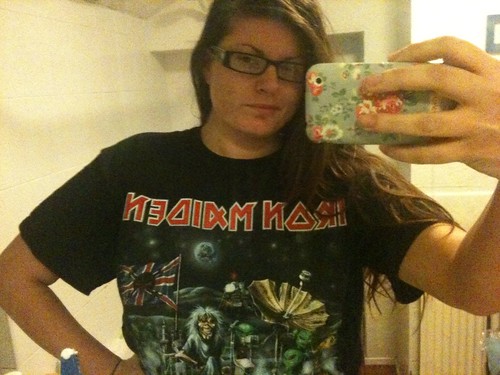 And finally, a member of staff who refused to be identified, in this erm… well, it speaks for itself.”] 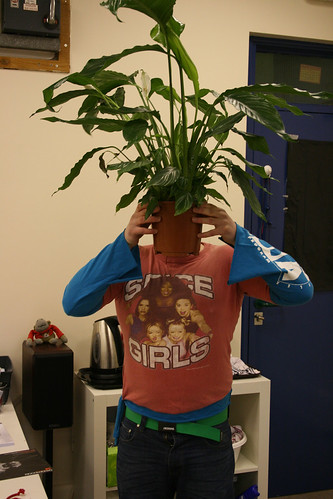 Steve Lamacq, and Wear Your Old Band T-shirt To Work Day, we salute you!